The UK’s leading user-led anxiety charity, Anxiety UK, has revealed almost 69% of survey respondents reported their anxiety had increased or become severe and/or difficult to manage following the extension to the lockdown last week.

The latest survey undertaken by  Anxiety UK of its membership, received over 920 responses in just over 24 hours with a worryingly almost 8% stating their anxiety had become severe and/or difficult to manage.

When asked what they felt was the cause behind the increase in their anxiety, nearly 50% of respondents stated now knowing when the lockdown would end as being the reason.  This was followed by loss of routine (41.5%), not sleeping well (37.8%), feeling trapped at home (31.7%), usual coping mechanisms having been affected (30.7%) and being unable to access support from friends/family/others (24.9%).

When asked had they struggled to access mental health support services during the lockdown, a worrying almost 18% said they had struggled to get support, of which 20% stated that they had found it difficult to access their GP.   Additionally nearly 8% said that they found it hard to gain support from a secondary care mental health service, e.g. psychiatrist or Community Psychiatric Nurse (CPN)

Commenting on the survey results Anxiety UK CEO Nicky Lidbetter said: “While there has been a clear need for lockdown, it is crucially important that the impact of such measures on anxiety levels in those with pre-existing anxiety conditions is recognised, monitored and addressed”. 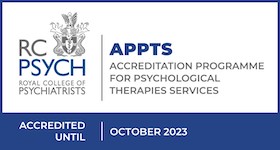